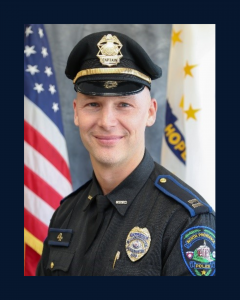 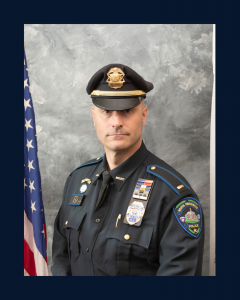 The primary function of the Detective Division is the follow-up investigation of criminal offenses that occur within the jurisdiction of the North Providence Police Department and the eventual identification, apprehension, and successful prosecution of criminal offenders. The Detective Division is also responsible for but not limited to the following activities and functions;

1. Conducting thorough investigations of criminal acts as assigned;
2. Preparation of cases for the prosecutor and court presentation;
3. Conducts background investigations, as directed, on potential owners of businesses seeking particular licensing;
4. Coordinates the department’s juvenile related investigative efforts with those of the juvenile prosecutor and the juvenile court; and
5. Oversees the coordination of all missing person cases to ensure proper follow-up by the department.

The Investigative Division Commander reports directly to the Adjutant, and has functional responsibility for:

Criminal Investigations: Responsible for the criminal investigative effort of the department. Maintains the case screening system for criminal offenses and monitors case reports to ensure that preliminary investigations are conducted and solvability factors are indicated on offense reports. Screens and assigns cases to patrol officers or to investigative personnel for follow-up investigation, as appropriate. Assists patrol officers with case preparation and preparing testimony for court. Responsible for reviewing applications for search warrants, and assisting in executing such warrants. Has primary responsibility for conducting follow-up investigations inside the North Providence jurisdiction.

Juvenile Officer: Responsible for the investigation of crimes committed by and against juveniles and missing juveniles cases while maintaining compliance with state and judicial mandates. Ensures that the legal criteria for enforcement actions taken against juveniles meet the directives issued by the Rhode Island Family Court and the pertinent Rhode Island General Laws, and that the department exercises the least coercive reasonable alternative in dealing with juveniles. Responsible for the coordination and development of juvenile programs designed to prevent juvenile delinquency. These programs shall be coordinated with the Community Policing Unit, School Resource Officer, and DARE Officer.

Missing Persons: Responsible for coordination and follow-up investigation of all adult and juvenile missing persons.

Evidence and Property Control: Responsible for the security and control of all seized, found, recovered, and evidentiary property in the agencies custody. Staff responsibility for evidence processing and direct control over the police property room and evidence control areas. Responsible for all required inspections, inventories, reports and final disposition of property, except as otherwise provided in the General Orders of the North Providence Police Department.